PLEASANT, TX –  Up-and-coming rap star and entertainer Cordarro “R.O.E.” Wright – AKA Roetarantino – is a hot new talent out of East Texas whose one-of-a-kind sound is the kind of music that people all of the world need to sit up and pay attention to.

His newest single, “Hard Living,” is a track that simultaneously displays his unique talent and original sound while also giving fans an inside look at the life experiences that have molded him into the promising young artist that he is today. Growing up in the unruly parts of East Texas, R.O.E. dealt with a dysfunctional household with little parental guidance. But he was born with a gift for music, and his father had him on stages performing in front of audiences as a young boy. By age 12, he was writing his own lyrics and rhymes and by age 18, he knew he was destined to be a global entertainer. Since that time, he has written songs about the things he saw in the streets and the things that intrigued him about the lifestyles of true hustling.

“This single is basically the story of my life,” he said. “It’s about when I was young and had a rough coming up. I think there are a lot of people who can relate to that. It’s a struggle song about real situations, and I think it will get a lot of steam out there when people hear it and know that they can connect with it. More than anything, I wanted a song that would let fans get in touch with who I am and give them a little more personal information about who I am.”

Described as a “laid-back riding track,” “Hard Living” showcases R.O.E.’s uniquely raspy voice. At times he harmonizes with the melodies on the track, making for an original sound that is rarely found in the music industry today. It’s a style that R.O.E. said he’s worked hard at perfecting over the years. Learning his craft was important to him, and he modeled some of his mannerisms from artists who inspired him over the years. He paid attention to the industry and acquired the art of knowing how to brand himself as an artist. Taking all of those things, he applied them to his own unique take on music and adopted the moniker “Real Ova Everything.”

“My dream is to be an international artist and entertainer whose legacy is built from the ground up,” he said. “Success to me is doing what you love to do and getting paid for it. Living your dream. It doesn’t have to be with music – just whatever your dream is. Mine just happens to be music, and I want my music to be known for representing the people who come from nothing and attain success. You don’t have to be born with money. You can make it if you work for it. So I want my music to speak for the world and give them hope that they can do it if they never give up. My slogan is: ‘There’s no expiration date on your success.’”

R.O.E. said “Hard Living” is available across all streaming platforms and is just one of the six songs off his first EP “Broke Pockets, Rich Dreams.” A follow-up EP is slated to release in the next two months.

To listen to R.O.E.’s music or to follow him on social media, please visit: 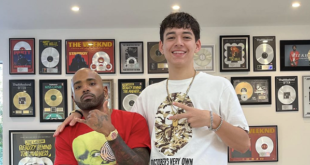 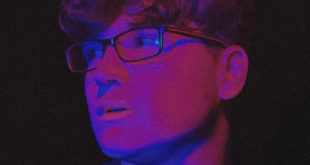 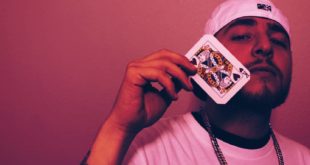