Terrel James AKA Rell Money Million born November 13th, 1985 in Gainesville, Florida home of the UF Gators and the notorious ‘Swamp’. Rell is the middle child of a large family; 7 brothers and 3 sisters. His mother is still living. His father unfortunately passed in 2016 while federal custody.

The name Rell Money Million comes from a shortened version of his government name Terrel and his attraction to money and his never-ending hustle to stack the millions. Rell is the CEO and founder of his label B.A.C.D.O.E. Entertainment; which stands for ‘Bout Alotta Ca$h Dope Ova Everything.

With coast to coast musical influences ranging from 8 Ball & MJG in the Midwest to the Geto Boys in Texas, then a little west coast with TooShort, and even label rivalries like No Limit and Cash Money.

Rell Money dropped his first project in ‘NFL’ in 2005. Rell Money has had features with Maintain, Red Klay, Blood Raw, Koly P, and Boosie early in his career before having to take a forced hiatus from the music scene due to a serving several years in the Florida prison system.

After his most recent release from the system Rell Money quickly got back to the booth and started working on this next release which dropped in December, “Ca$h” featuring Dru. Now Rell Money is on a mission to focus on his music ensuring he has his projects planned out and can stay dropping new music.

Even with Rell isn’t releasing music he’ still creating. He the type of artist that stays in the lab and has an entire vault full of unrelease, exclusive music. Something most don’t realize and know bout Rell and his creative process is that most of his songs are freestyles.

So make sure to follow Rell Money Million and his movement today to ensure you never miss a beat. 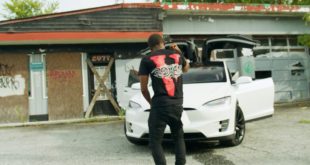 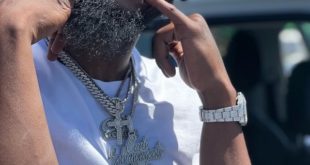