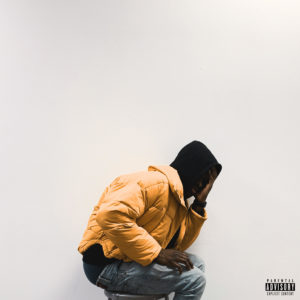 Atlanta rapper Surf recently dropped off his full-length mixtape titled, BADDER HUMAN. The project is led by the widely popular hit single, “Better Days” and is the sequel and follow up to his 2018 project BAD HUMAN.

Having battled episodes of depression after several of his friends died and dealing with the everyday struggles of being a 20 year-old Black male in America, “Better Days” captures Surf in his natural element, determined to pursue a new path in life. Fortunately Surf has found solace in his music, as it has provided a guiding light for many of his fans who also go through some of the same obstacles mentally, physically and emotionally.

“Better Days was inspired by current events in my life. This year was a tough year for me with everything all around. I had to deal with a lot of displacement and a lot of death. But I linked with my new management team and they really inspired me to look towards, Better Days.” Surf explained. “This year I was going to just stop making music but they inspired me to keep pushing and making music, so I wrote this song about how things will get better and I let out a lot of feelings. The message is just to keep pushing because Better Days will come.”

Incorporating trap sounds like 808’s and a punk influenced attitude that you can hear his lyrics, Surf has embodied the eclectic nature of punk and trap music for a mashup that breaks genre barriers. Highlighted by his fan favorite songs “Fight” and “Itsok2cry,” the Atlanta millennial has generated over 5 million steams on Spotify, Apple Music, Tidal and other DSPs while he continues to grow his fanbase daily.