Flo-rida protege Oya Baby continues to ascend to superstardom with her magnetically seductive raps, gorgeous look and unstoppable hits. Now she the General of her own curvaous army in the new music video for her single “Ride The Stick”. In the new video, Oya calls on the Miami legend and upcoming BET Hip Hop Awards’ “I Am Hip Hop” receipent Trina to help get her squad into shape.

Directed by Alex Acosta, Oya Baby is on her G.I. Jane-ish as she twerks around boot camp rapping about being the baddest around and her product is addictive upon the touch. Trina co-signs with her signature raunchy style and appeal. Together, it’s a passing of the torch moment for Oya Baby who is set to take the South by storm in the coming months.

The end of the video sees the Baddest praising the rising star on her talent and bright future. “I wish you the best,” Trina tells Oya Baby on top of a tank at the end of the video. “Everything is going to happen. You’re a fuckin superstar. You’re going to kill it. You know I’m going to support you. So it’s time to live it up.”

The new single is the follow-up to her previously released single “Ca$h”. 2021 was a breakout year for the Miami native with the success of freestyles and singles “Try Me” and “Cinnamon”. Oya Baby latest single prepares for the new star’s forthcoming album, as-yet-titled, currently in the works and expected for a 2023 release. “Ride The Stick” is available across all platforms via International Music Group, Inc.

“Ride The Stick” is in heavy rotation on BET Jams. For daily updates on all things Oya Baby, follow her on social media.

Check out Oya Baby’s new video below and stream it here. 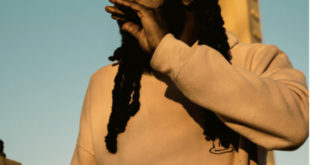