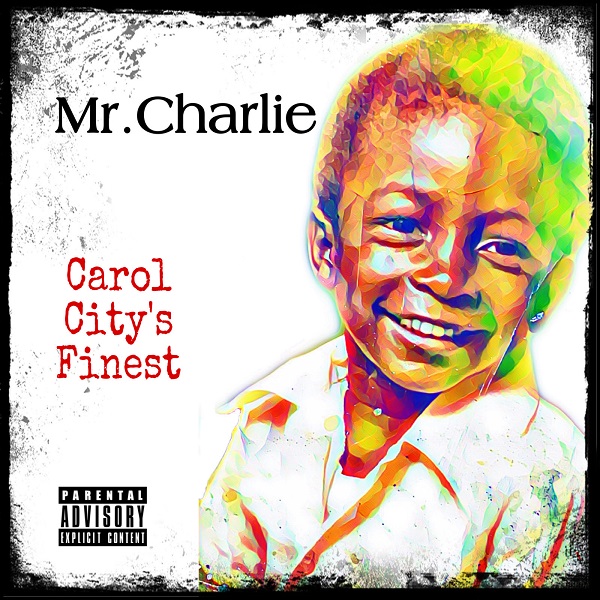 According to Mr. Charlie, the album is a mixed bag of everything fans have come to love and expect from him over the years. There’s a little bit of dance music, some slow songs, some jazzy songs, some cerebral songs, and a mashup of different genres that blends into something that is signature Mr. Charlie.

“I’m a versatile artist who likes to party and have fun and be charismatic,” Mr. Charlie said. “This album is a reflection of that. It goes different directions. It’s fun but it can also get serious, or even gangsta when it needs to be. But most of the time, it’s fun and chill.”

Operating out of Miami, Florida, Mr. Charlie has been known for years as one of the music industry’s best kept secrets. His catchy hooks and smooth charismatic style blends with a dash of humor in a way that fans have loved for years. In the early 90s, he got his start as a member of the kid group “Young & Restless.” Their billboard charts “Poison Ivy” and “B-Girls” were mainstays on the radio. As he grew older, he invested his money into production and later started producing and writing for major artists and labels, such as Atlantic Records, Slip N Slide Records, Trick Daddy, Trina and his neighborhood friend Rick Ross. He also had the opportunity to tour with Tupac and worked closely with the legendary rapper on some songs.

Mr. Charlie later signed to Laface Records under the name Da Real One during which time he made another hit record called “U Like Piña Colada.” His song “Let’s Touch” was featured on the soundtrack for the film “21 & Over” starring Miles Teller and written/directed by Jon Lucas, who also wrote “The Hangover” films. That single was only ever released in conjunction with the soundtrack, and Mr. Charlie is bringing it back in 2020 as a way to also bring attention to his new album.

In addition, his debut single from the album, “Charlie Blues” will showcase the originality that he’s bringing with the new project. He calls the song a “reflection of my life from the time I got started in music up to now.”

“It goes in depth with females and relationships I’ve had in the past,” he said. “I’m taking the blame for hurting them, and I talk about some other things I did to hurt people. It really talks about things I’ve been through in my life – like getting shot and being blessed to still be alive. In some ways, I’m thanking God for a second chance and the blessing to still be alive and to do what I love. As far as the sound, it’s a song where I’m basically singing the blues in a rap form. It’s a track that puts you in a blues mindset, so when you’re listening to it, you start to reflect on your life. People will relate to it because pain is universal and this is definitely more of a pain song. Everybody has been through some form of pain.”

“Charlie Blues” is currently available across all streaming platforms, with “Carol City’s Finest” soon to follow.

To listen to Mr. Charlie’s music or to follow him on social media, please visit: