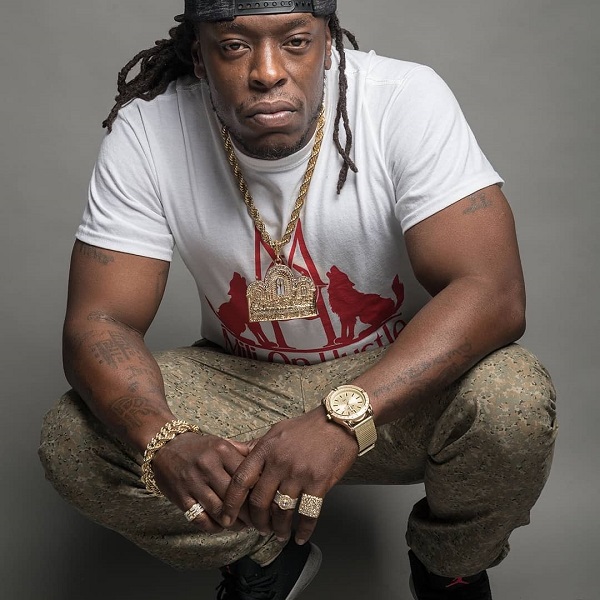 ORLANDO, FL – Fiery and dynamic songwriter, MOH Hood has Hip Hop in his blood. We all adapt to our surroundings and Hip Hop is the surroundings for MOH Hood. Decades in this game, Hood has been studying all the Hip Hop greats from when they were unknown and underground to after they broke big. “Hip Hop was the fruit of what we all built most of our fashion, to how we spoke to each other, to how we look to each other, to how we shook each other’s hands,” Hood said. “Everything had something to do with Hip Hop.” Prepped and ready to roll, Hood is bringing his expertise, new energy and aggressive sound to the world with the release of his EP, “Talk Money.”

Originally laying down 20 tracks for a bigger mixtape, Hood and his team chose to release the seven-song EP earlier this month as a taste of what is to come. Recorded at Mr. Wes’ CTC Studios in Orlando, Florida, the diverse collection boasts a highly professional sound with clean, crisp vocals. Hood uses sturdy beats and a smooth cadence that any listeners can vibe to. The “Talk Money” EP can be heard on all major digital platforms.

The entire EP is an introduction, but Hood also released a song called “Me” specifically designed to introduce his MOH Hood persona. “It was me, finally understanding it’s on me to do it,” Hood said. “It’s always been me that did it. Nobody’s gonna come out unless I do it, and I’m introducing myself. This is who I am.”

Born Trevor Mays and originally from Newburgh, New York, Hood was in and out of jail from his late teens. After his last incarceration, this high spirited workhorse spearheaded his family’s initiation into entertainment. The family collective, known by the moniker Mili OnHustle, is the platform that the blood relatives stand on, and they have the formula and nucleus to make projects worth talking about.

A newly mastered track, “I Gave Everything” features one of the family artists from his crew. “It’s a really good song! The chorus is heartfelt,” Hood said. “It’s telling my family if I don’t make it back home, I gave everything.” As a man who is ride-or-die loyal, Hood is riding for Mili OnHustle and the babies who come behind them, and the song emotionally conveys who is going to be next if he doesn’t survive the journey. “I Gave Everything” will be dropped as part of the hype for Hood’s next big project, “Talk Money 2.” Recently remastered, this full length album will have at least twelve tracks which are destined to attract more attention.

Hood works closely with his business partner, MOH Mili, who he described as his “twin born different-years counterpart.” MOH Mili, the brand owner of Mili OnHustle, is tasked with spreading the word about the team’s mission “instead of being the bully he was known as,” Hood said. Mili and Hood have teamed up to build Mili OnHustle into an official label, and Hood is already working with emerging new artists in the studio. As the front line warrior for the MOH team, Hood is “like the uncle we gotta listen to because he gon’ give it to you like nobody else” as he put it. Hood’s team is ready and willing to bet on him because he’s taking his family along with him.

To listen to MOH Hood’s music or to follow him on social media, please visit: