With a lyrical flow that embraces substance and purpose, Los Angeles-based rapper King Finnesse sets out to redefine Hip Hop with his empowering blend of beats and bars.

Growing up in between New York and New Jersey, King Finnesse’s musical beginnings began in his dad’s studio. It was here where he would cut his teeth learning the art of freestyle. He cites his father as a pivotal figure who influenced him to take the road less travelled, and to create music with a message. Consequently, purpose and emotion echo throughout his music, which are underpinned by an aura of positive and good time vibes.

Some treat music as a pastime, while for others — it’s therapy. This sentiment rings true for King Finnesse, as his passion for the craft has seen him intern for Def Jam, and toured with the likes of Dave East. He also has a track out with LouGotCash, titled ‘Make It Back’ which premiered in 2018. His forthcoming single, ‘Party Started’ is set to drop in 2020 alongside his ‘Finnesse The World’ project, and will be available across all major streaming platforms. 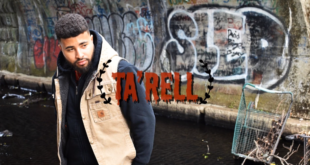