Kalan.FrFr Hosts Sold Show at The Novo in Los Angeles; 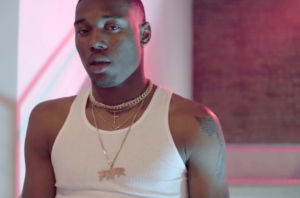 Last month on February 22nd Kalan.FrFr sold out The Novo in in downtown Los Angeles hosting a show filled with energy, and excitement from beginning to end.

With the crowd rapping and singing his lyrics word for word, Kalan.FrFr  and his First Class Entertainment label are helping set the tone for a new era on the West Coast.

Joining Kalan.FrFr on the stage, were a host of his friends and comtemporaries including 1takejay, Rucci, RJ, Bino, Blast, Azjah, Conrad, Shordie Shordie and G Perico.

Kalan.FrFr has been heating up the streets ever since he retired from football in 2016 and put his focus back into music.

Led by his breakout songs “Fine Ass,” the remix to “Right Wit It” ft YG, “Hot & Ready,” and his new song with Faygo Jones called “Orange Pineapple Fanta,” Kalan.FrFr has been releasing hit-after-hit for fans young and old. Most recently he joined 1TakeJay in the video for their song “Baby”.