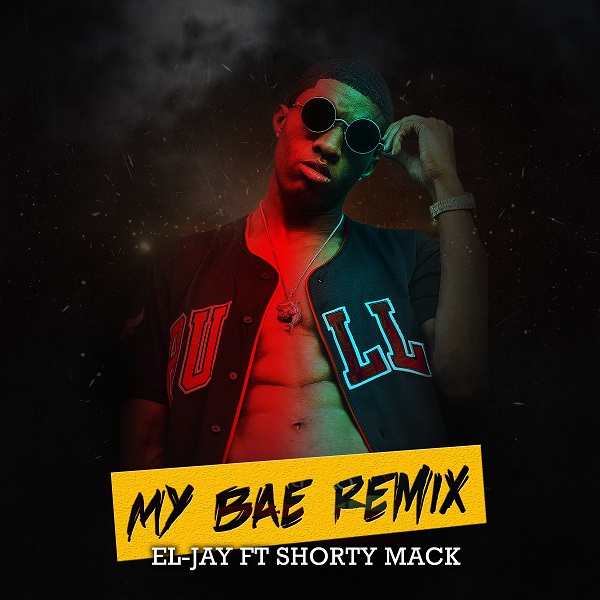 LOS ANGELES, CA – West coast artist, El-Jay has undeniable appeal. His song, “My Bae Remix” has been burning up on Soundcloud. Since earlier this year, the song has been streamed over 16 million times. The feel good, uptempo “My Bae Remix” featuring Shorty Mack is uplifting, urban pop with a catchy beat and memorable lyrics.

Produced by Trequik, the single was recorded in Los Angeles and tested at a number of venues in LA County, where audiences went crazy for it. Originally testing with a lower quality recording, El-Jay and his team recorded the track in a new studio, and had the song remixed and mastered hence, the title of the song – “My Bae Remix” – which will be available on all digital platforms within the week.

Shortly after the song’s rebirth, El-Jay had the opportunity to perform at a number of festivals, including a Long Beach engagement in front of over five thousand people, and “My Bae” started to take off from there. Part of El-Jay’s success comes from his ability to connect with individuals by showing them love and compassion, whether he is performing at a big festival or an intimate venue. “When they feel that love, they know it’s genuine, and that’s the best feeling in the world,” El-Jay said.

The recently released music video for “My Bae Remix” was filmed like a movie in Los Angeles.. Director Christopher Jackson teamed up with Cinematographer Konrad Sedochenkoff to visually deliver the song’s message in a trendy, exhilarating style. “It was to show that appeal and that love for that other person,” El-Jay said. “If I have that connection with you – you’re my bae! No matter what anybody else says or does. That’s not going to affect our vibe or where we’re at.”

Growing up in the music industry, El-Jay has been grooving in music studios since he was six years old. As the son of double platinum singer, Rome (“I Belong to You”), El-Jay saw his father finishing albums on very tight schedules. His father’s work ethic impacted El-Jay, and he was also heavily influenced by Michael Jackson. From the age of 3, El-Jay watched and imitated Jackson’s signature moves.

El-Jay stepped away from the music scene for awhile, wanting to get involved when he was ready. After pursuing his interest in sports, El-Jay turned to acting and modeling. He appeared in a runway modeling show with The Model Experience, and was booked as a main character in the viral music video, “Swang” by Rae Sremmurd. El-Jay has also appeared in major TV shows, commercials, movies and other music videos.

El-Jay is also CEO of his own record label, Starz Music Group which will be releasing all of his music and videos. “My Bae Remix” is the first single from El-Jay’s upcoming “Intentions” album. Before the album’s release in mid 2020, El-Jay will be dropping a few more singles including “Waste No Time” and “Special.” The latter song appears on the soundtrack of the Josh Webber production, “Never Heard,” a movie which also features El-Jay in an acting role.

Getting ready to launch a college tour within the next two months, this winner of the 2018 Hollywood Music Media Award for Best Rap/Hip Hop is really excited about the future. El-Jay has truly found his voice and signature sound. He was waiting for the right time to return to his roots in the music industry … and clearly, that time is now.

To listen to El-Jay’s music or to follow him on social media, please visit: