RALEIGH, NC – Like a lot of things in Dolla Bill’s life, his talent as a rapper is something that he discovered by happy accident. Born and raised in Raleigh, North Carolina, music was always a part of his life. He used to listen to his sisters’ records when he was a kid and by high school, he was deep into funk and hip-hop. He started writing poems that emulated those styles, but it was never something he considered doing for himself as a profession.

But one day, while he was messing with some singer/songwriter tracks, he took the lyrics he would normally put onto a melody and decided to just start rapping and flowing. It sounded pretty cool, he thought, and decided to record it for fun. When he played it back, he was overwhelmed with how much he loved the sound.

“That’s how I came across my voice,” he said. “I knew my voice tended to be pretty deep, but I never really thought about it being a rap or hip-hop voice. I found that on accident one day and I discovered that it’s really different than anything else out there. That describes me. It’s hard for an artist to find their voice sometimes. When I was doing singer/songwriter tracks, I was always trying to find the right key to sing in. But when I started rapping and messing with lyrics, it sounded better than anything I had been singing. I haven’t looked back since.”

Dolla Bill said a lot of things in his life have happened organically like that. He remembers, for instance, the moment a song changed his life and convinced him music was something he should pursue as a career. It was a rock song from Judas Priest called “Beyond the Realms of Death,” and it was one that he said described him and how he felt inside at the time. It’s what got him hooked on music, and it happened in the flash of an instant.

A lot of the music he makes today happens in a flash as well. Inspiration comes from all over the place for him – sometimes from the neighborhood in which he lives and sometimes just from images in his head. He’s a very visual artist and those visuals often provoke him and help him be creative with his lyrics. A large part of what he has learned about hip-hop and developed into his own style was inspired by living in “the hood” a few years ago.

“I lived in a rough neighborhood that had high drugs and crime and just a lot going on,” he said. “While living in that neighborhood, I listened to a lot of other rap music and I really started paying attention to the lyrics and the energy of the songs. I was able to relate with things going on in my own neighborhood. It’s somewhat of what may have inspired me to become more of a sincere rapper and hip-hop artist because I became more socially conscious through those shared experiences of music and the area around me. I think that made a difference. That’s what kept me interested in rap and hip-hop music and writing lyrics and trying to capture that energy. That was an important part of me developing as an artist.”

Most recently, Dolla Bill has released a couple of singles that have been gaining some attention from fans both in America and across the pond in Europe. “Makin It” is a song that combines a little bit of rap with some spoken word and some melody. The vibe is West Coast, he said, and the lyrics talk about the various ways a person can succeed in life. The other single, “Old Schoolin,” has been streaming and charting a lot in Europe and is really helping this young artist to gain some traction in the industry.

Dolla Bill will be appearing for a live radio interview on WCCG 104.5FM, Fayetteville’s 1st Choice for Hip Hop and R&B on 08/30/2019 at 11:00 PM with V Dowdy on the SHOCKWAVE. It was this invitation that inspired Dolla to write and record his latest single “Makin’ It.” The show was interested in the single “Old Schoolin” but told him he could debut a new release on air if he would like. This gave him the motivation to push and promote new music.

To listen to Dolla Bill’s music or to follow him on social media, please visit: 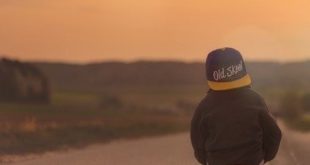 [Single] @TattedHollyWood ‘On The Road’ 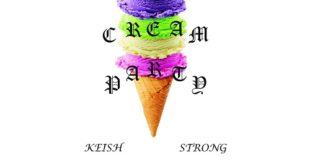 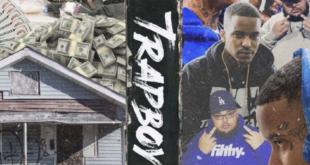 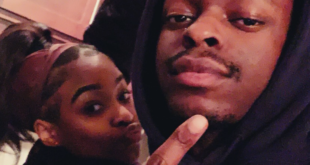