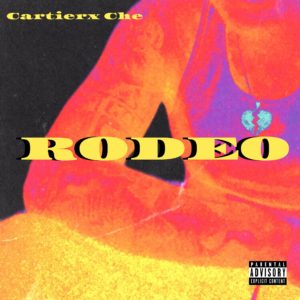 Following the release to his project, It’s Not About You, Kansas City based artist Cartierx Che has released a new track
titled “Rodeo”.

The new track shows more of a melodic side of Cartierx as he executes a repetitive but catchy hook that will leave it stuck in listeners heads. He also adds some quotable lyrics as he raps about the opposition being uncomfortable in his presence.

“Harlem shaking through a room full of oops. Real n*****, if you feeling pressed then call the cops.”

Cartierx Che is gearing up to have a big year in 2020 as he has already suggested that another project is on the way as well as visuals to go along with it. If this is your first time hearing Cartierx Che, you’re just in time to hop on the wave. Check out “Rodeo” and be on the lookout for much more to come.