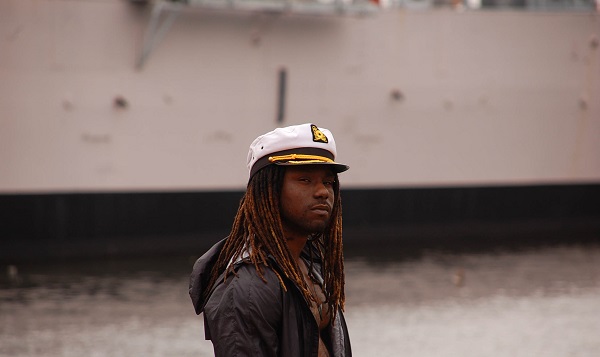 VIRGINIA BEACH, VA – Blackmagick Floe is a diverse artist radiating out of Virginia Beach whose eclectic compositions combine witty wordplay with a dark persona in ways that are making people all along the East Coast sit up and pay attention. That fanbase is about to take a major leap forward with the release of his newest single, “Captain.”

With lyrics that explore what it means to take control of one’s life and be the captain of their own ship, the darker tones of the song demonstrate Blackmagick’s mastery of a specific sound that he likes to call “Badu Trap.”

“I like Erykah Badu a lot, and I feel like I incorporate her soul into my music which is why I call my sound Badu Trap,” Blackmagick said. “I’m putting melodies on a trap beat and get listeners hooked. But at the end of the day, you can feel what I’m saying and you can feel the quality of the music in a way that doesn’t feel manufactured. It’s organic and raw.”

Blackmagick said in some ways the single was a wake-up call for himself in that he realized he had to put his money where his mouth was if he was going to challenge the world with the thoughts and ideas he was bringing to life with this song. His passion is music and investing in that passion is something he’s starting to do with vigor. Self-described as “relentless” when it comes to his pursuit of excellence, this young artist is already making a name for himself as a hard-working, multi-talented individual whose unique perspective in the industry is much needed.

“I think this song is a good introduction to who I am,” he said. “It’s melodic and fits the sound of today’s culture, and it’s not just another shoot-em-up and kill-em rap song. It takes a creative approach and paints a picture for you. And the message is one that I live by in everything I do — Don’t give up. Don’t stop. It’s easy to get discouraged, but you can’t give up. So many people want magic in a bottle, but there are levels of success and you have to put in the work to climb that ladder. I make high quality music and I’m never gonna stop doing that, but I just have to keep raising the bar and putting out something even better every time.”

Toward that end, Blackmagick said he already has another major single in the works that he hopes to release later this summer. He also has plans to line up some live performances later this year when the social distancing order is lifted.

To listen to Blackmagick Floe’s music or to follow him on social media, please visit: