Big Solo, the Real Road Runners frontman set to become one of 2022’s artists-to-watch, teams up with well-known Detroit recording artist Teejayx6 for a flashy new single, titled “Who You Know.”

The follow-up to Solo’s breakout cut “Back At It,” it’s DMV-meets-Detroit on the new single that raps about living a young, fly and flashy lifestyle and displays the two’s undeniable chemistry. Teejayx6 feature supplies the track with must-hear star power and elevates Solo’s profile to mainstream notoriety.

“Who You Know” is a track about feeling yourself. “I was wearing a $30K Cartier watch and was feeling myself. When you are in that mood, this is the type of record you get. It’s literally an account of my day-to-day life. When I first heard the record it instantly reminded me of Detroit and who better than Teejayx6 to help take things to the next level,” Big Solo on the making of the track.

“Who You Know” sets up a highly-anticipated project on the horizon. The new single is available on all streaming platforms via Road Runners ENT. After the stream, for more on Big Solo, follow him on social media. Teejayx6 appears on the track via own imprint.

Check out “Who You Know,” the new collaboration by Big Solo and Teejayx6 below. 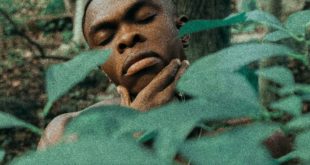