After catching a wave with previously released tracks “Buss It” and “Bigger,” red-hot new act 804 Nano previews what’s to come with the release a new 12-track collection, titled Real As They Kome (R.A.T.K.). Adding more flare and style, 804 elevates the buzz with more great music that captures the rising star’s unique, soulful, and has a no holds barred reputation. The new effort is led by the album’s breakout cut “Redi Rock.”

In visual for “Redi Rock,” the Virginia native is brash, arrogant, aggressive and confident in the booth as he raps about being unapologetic with peers and ready to take on the world. It’s the perfect introduction for newfound fans.

Real As They Kome is a prelude to the artist’s anticipated 2022 album, Pain Turnt Me Up, which drops early next year. On R.A.T.K.’s importance, 804 Nano states: “This process took countless long nights. Seen too many friends lose their life or serve time behind the wall. So many people hated on me, not knowing I would give them the shirt off my back. Everything I’ve been through brought me here to this moment. I laid out all my emotions. I’ve overcome so much since I broke on the scene. I’m here to stay. This is for my city; for my guys that told me to never give up but aren’t here to see me win. I will always remain real. Real as they kome.”

Previous [New Single] SMRF – “AYE”
Next Khalif Bryant is making all kinds of waves with his most recent release, entitled “Party 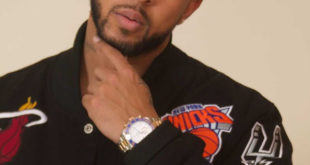 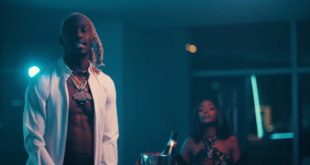